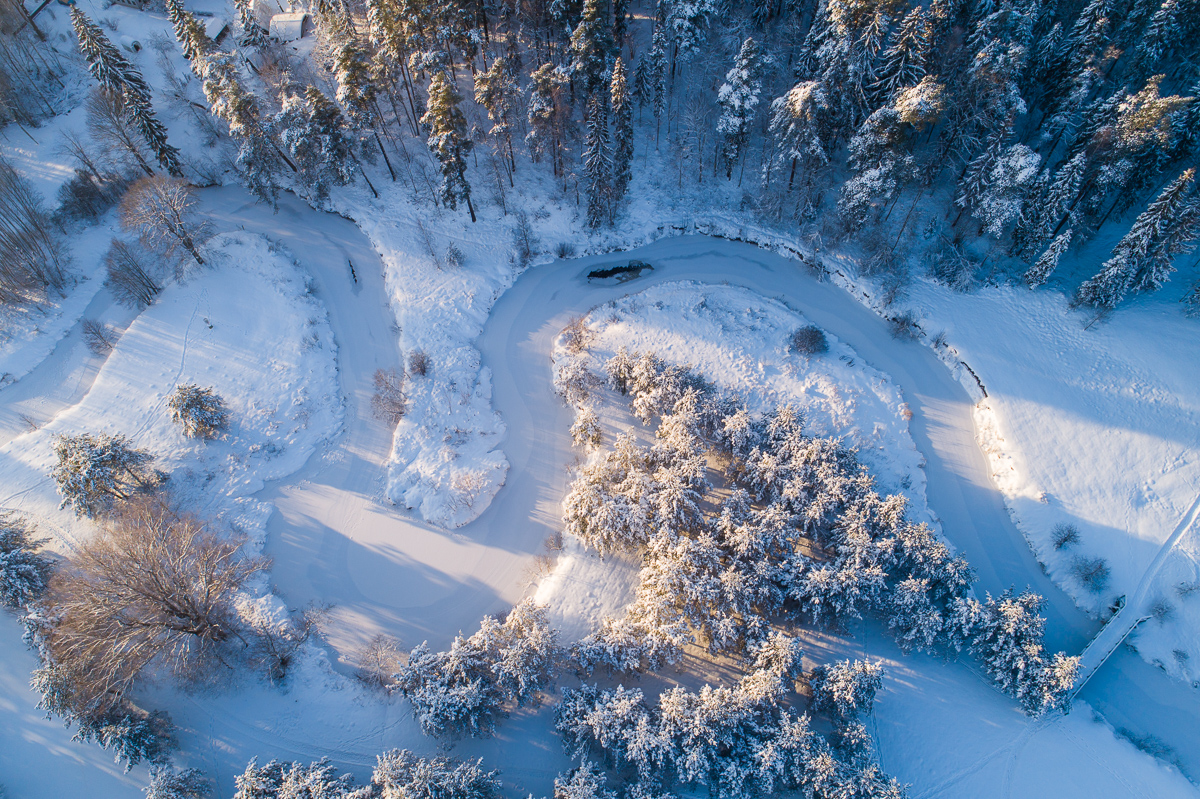 Tõrva is a historical holiday resort that received the status of an official holiday resort from the Government of the Republic already in 1937. Inside the town of Tõrva, there are four lakes with beautiful beaches, and the best place to relax is by and inside those lakes. Tõrva is the largest city in the historical Mulgimaa.

According to a folk story there once was a man called Tõnis who made tar („tõrv” in Estonian) from fir and pine stumps in the local woods and this is how the place got its name.

Tõrva Central Square runs from the historic tavern to the town hall.

Counted as one of official Estonian health-trails, the ski circuit boasts a 4.5 kilometers in length with a marked trail allowing the circuit to extend to an outstanding 8.1 kilometers.

The trails features forests, empty plains and the circuit varies in elevation through a
number of inclines and declines. The circuit also hosts a 400 meter length kids’ lap
and a 1.2 kilometer lap for the slightly older skiing enthusiasts.

Tõrva’s hiking trail is 11.1 km long. The trail passes through beautiful areas with diverse
nature. It can be accessed from the park at Tõrva Secondary School and passes many
sights: Keisripalu forest, the Slave Stone, Helme cemetery, Tikste primeval valley along with Tikste and Pokardi reservoirs and Tikste stream, from whose banks a sandstone outcrop and the Eye Spring can be viewed.

The trail also passes through an arboretum and across Tantsumägi (Dancing Hill). Next to the trail are Lake Riiska, Lake Vanamõisa and the Õhne River. Throughout the year, the trail hosts many exercise and recreational sports events: Tantsumäe hill run, winter and summer cross-country races for mountain bikes, Tõrva triathlon and Tõrva Three Lakes
Race.

Landscape-wise the town forms part of the south-eastern section of the Sakala Uplands, which feature all of southern Estonia’s landscape types. The area is undulating, with kames and terminal moraines. The elevation within the borders of the town ranges from 43-73 metres.

The course runs mainly on forest trails, but there are also baskets on clearings.

Helme Parish Museum is located in the village of Kirikuküla in the former rectory of Helme church.

At Helme Parish Museum, you will not only see preserved items, but also conserved memories where each item can tell a story about its maker, user or owner. The multitudinous museum assets emphasise local values, sources of sustenance and way of life. Here, various eras converge, creating a long life line between yesterday, today and tomorrow.

Located in the manor park of the same name, the Helme caves, are an unrivalled sight in Estonia.

Situated to the north of castle ruins, the caves have a white Burtniek layer of sandstone walls standing 3 m high. Unfortunately for cave lovers though, some of the better known caves have already collapsed.

Once comprised of seven interlinked chambers, the biggest of which was known as the Church of Moses. Peppered with springs, the caves have a long history; and over the years they have been dug out and used as shelters when needed.

Did you know?
In ancient times the Helme caves were also known locally as the gateway to Hell.
Kivialune (under the rocks) was a shelter for Old Estonians during the wars.

View on the map.

The ruins of Helme Order Castle are situated on a steep slope by the Pärnu-Valga road. The castle is thought to have been built in the first half of the 14th century. Parts of its walls with their distinctive window openings remain standing today. Legend has it that a young virgin was entombed within its walls in order to further strengthen it – whether there is any truth to the story is up to visitors to decide! Over the centuries the castle has been governed by Germans, Russians, Lithuanians and finally Swedes – who destroyed it in 1658.

Did you know that in the valley below the castle is the Doctor’s Spring, whose waters are said to cure seven different ailments.

Exciting hikes with our nature guides

Loodusturism.ee organizes exciting hiking trips, which are appropriate for the older
and the younger. Snowshoe hikes through the swamps of Rubina and ice skating treks on the bogs of the Rubina swamp.

Otepää Winterplace is the largest winter park in Estonia. It offers super opportunities to spend your leisure time actively in the Linnamäe Valley at the centre of Otepää. Otepää Winterplace means four months filled with winter activities for the entire family.

It’s great fun here! We offer you interesting winter activities for children of all ages, as well as teenagers and adults. In the winter park, visitors get to enjoy snowtubing tracks, a sledging hill, an ice rink, an igloo cinema, a tube carousel for the little ones, the Ahhaa Science Igloo and, naturally, loads and loads of snow. The park’s slopes are covered with artificial snow which is made with the help of hi-tech modern technology.

leisure opportunities during all seasons. By today, the centre has proved its sustainability, and since 1991, it has been the only mountain skiing and snowboarding centre in Estonia that operates without interruption.